We just passed the one-month-since-we-got-back mark, so I am trying to crank out these travel posts as fast as I can! But I want to record the things we did, as well as share them with you, so please bear with me while I get caught up.


While we were in the Netherlands, Tess and Jasper took us to Kinderdijk, a village that boasts 19 windmills built during the 1500s. And they are pretty! 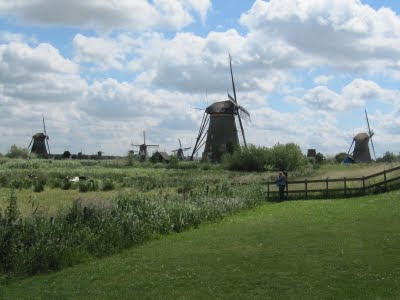 How many windmills do you see? Espen only has eyes for the cows at this point.

We spent an absolutely magical morning tromping around and looking at windmills. It doesn't get much more Dutch than that! Actually, Tess and Jasper had never visited before. It's just one of those touristy places that you don't really go out of your way to visit if you're a local. But I think they were glad that they did! 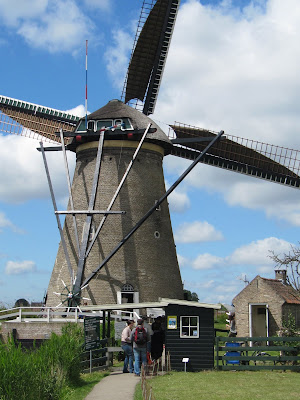 Most of the windmills are privately owned now (people live in them!), but there was one windmill that we could visit and explore. It was so fun to climb around inside and see how a miller and his family would have lived. Let's just say that personal space wouldn't have been much of a priority back then! 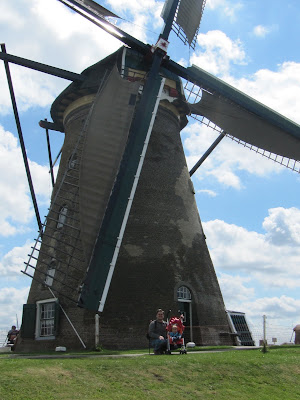 The pictures we took inside the mill didn't really turn out too great (too dark), but here is one taken right outside the mill to give you a sense of scale. What you can't see from the photo is how incredibly fast those sails got going when the wind kicked up. Not bad for 500 year-old technology! 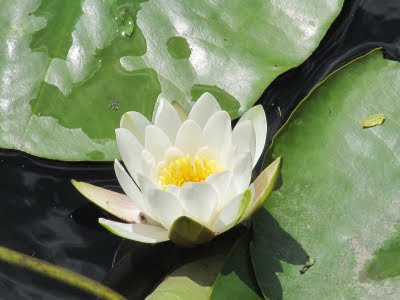 The windmills were used to pump water in order to keep the country from flooding, and so each windmill is built right on a canal. And the canals were full of waterlilies, that I just couldn't stop taking photos of. 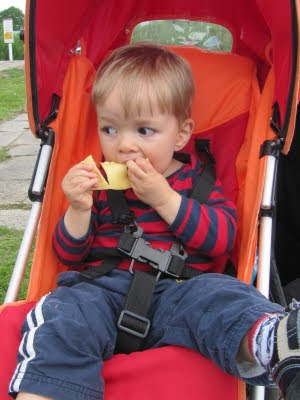 We rounded off our trip to Kinderdijk with a canal-side picnic. As you can see, Espen was a pretty big fan of the Gouda cheese. I loved seeing how quickly and easily he adapted to everywhere we took him. He even learned to say "windmill" during our visit.

Finally, here is a quick video of us at Kinderdijk. It really sums up the feeling of the day for me. Pretty idyllic, don't you think?