Seeing as Nick had never really spent much time in Valdres, the area of Norway where my family comes from, we decided to take the scenic route to and from the family reunion. Would you like to see some photos from our trip? 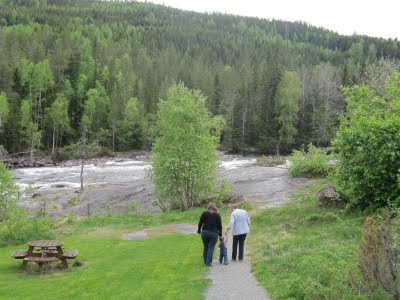 Our first stop on the way up was at Møllerstugufossen to see some petroglyphs.
What is a petroglyph, you say? 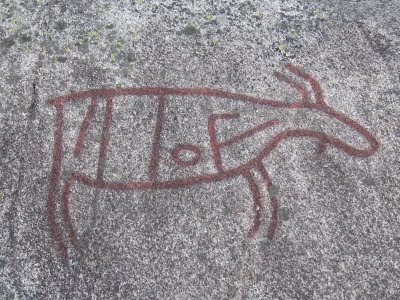 One of these. They are prehistoric images carved into stone.
The red coloring has been added later to make them easier to see. 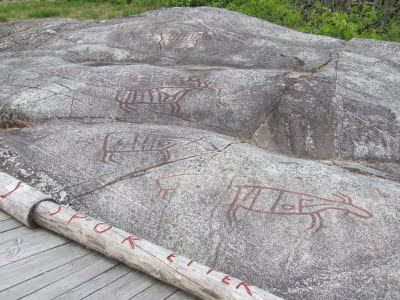 Møllerstugufossen has a whole big area of large, smooth rocks that are covered with them. I will spare you the art history lecture, and just say that they are awesome and beautiful and I like them. 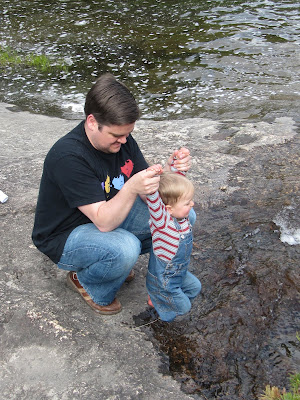 Espen, on the other hand, was much more interested in jumping into the white water over yonder. 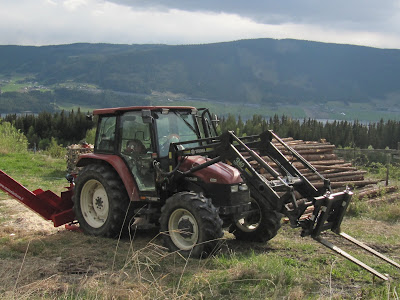 Next we stopped at my dad's cousin Steinar's place.
He had a whole collection of tractors, and boy howdy, was someone pleased to see them! 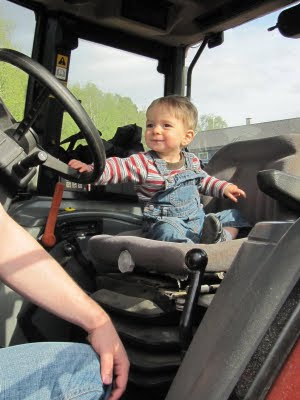 Hint: It was Espen. 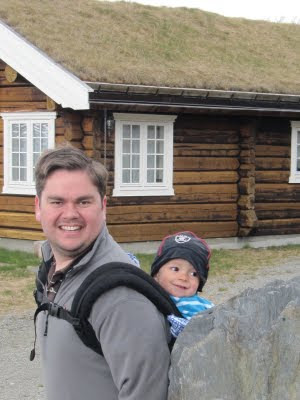 OK, this photo is actually from the reunion when we all went for a walk, and it was freezing cold! Espen borrowed a hat - can you tell?
That is someone's posh cabin in the background, made to look all old and traditional, but probably has a couple of flat screens and a hot tub inside. 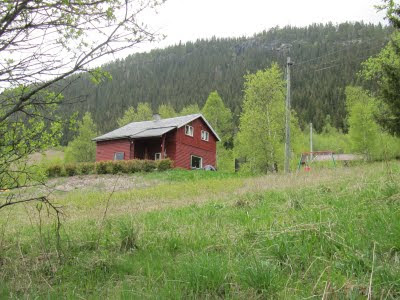 A photo of my grandfather's old house, the house that my dad and his five siblings grew up in. The photo was stealthily taken through the bushes because the house hasn't belonged to the family for years, so we were just being creepers. 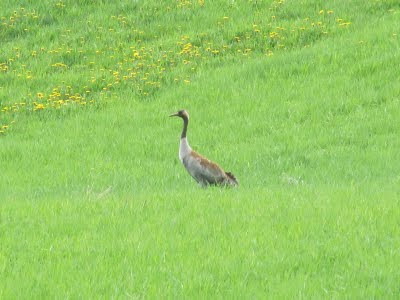 We stopped to see an old church (with the cemetery in the last post) but totally got distracted by this enormous crane strutting around in the field next to the church. He struck a few poses, then flew off over the horizon. 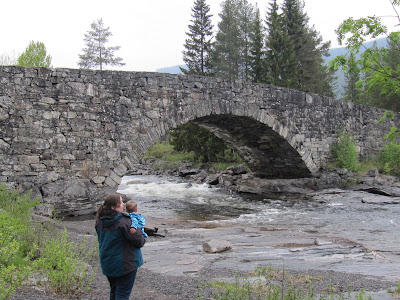 We drove throught Etnedal on the way back from Valdres (waste of time, if you ask someone from Valdres) and stopped to see this bridge and adjoining park. Again, Espen was desperate to get in the (raging) waters, and I was equally desperate to keep him out. But isn't the bridge pretty?

And there you have it! My ancestral home and a lovely rearview of me in my dad's raincoat. Ah, blogging.
Posted by Tamsin North at 9:14 PM