At the very tail end of the weekend, I just wanted to pop in and quickly share a few photos from our Halloween celebration. In spite of a few setbacks like Espen suddenly getting sick, we had a fun holiday with just the four of us. Gwen discovered trick or treating in a big way this year, and Espen (who was a total trooper considering how crummy he felt at the beginning of the night) found that he might enjoy handing out candy even a little bit more than trick or treating at other people's houses. I broke the habit of a decade and actually dressed up (really, I bought a witch's hat at the last minute) a little bit at the request of Espen. He was a little disappointed that I didn't want to be a superhero mom, Spiderman or a bunny like he suggested, though. Maybe next year?

We went fairly simple on the costumes this year. We got a tutu and some wings for Gwen, with the idea of bolstering the dressing up box a little bit, and dressed her up as a fairy. Being a girly girl, she loved having something pretty, and every time that tutu goes on, she's just gotta dance! 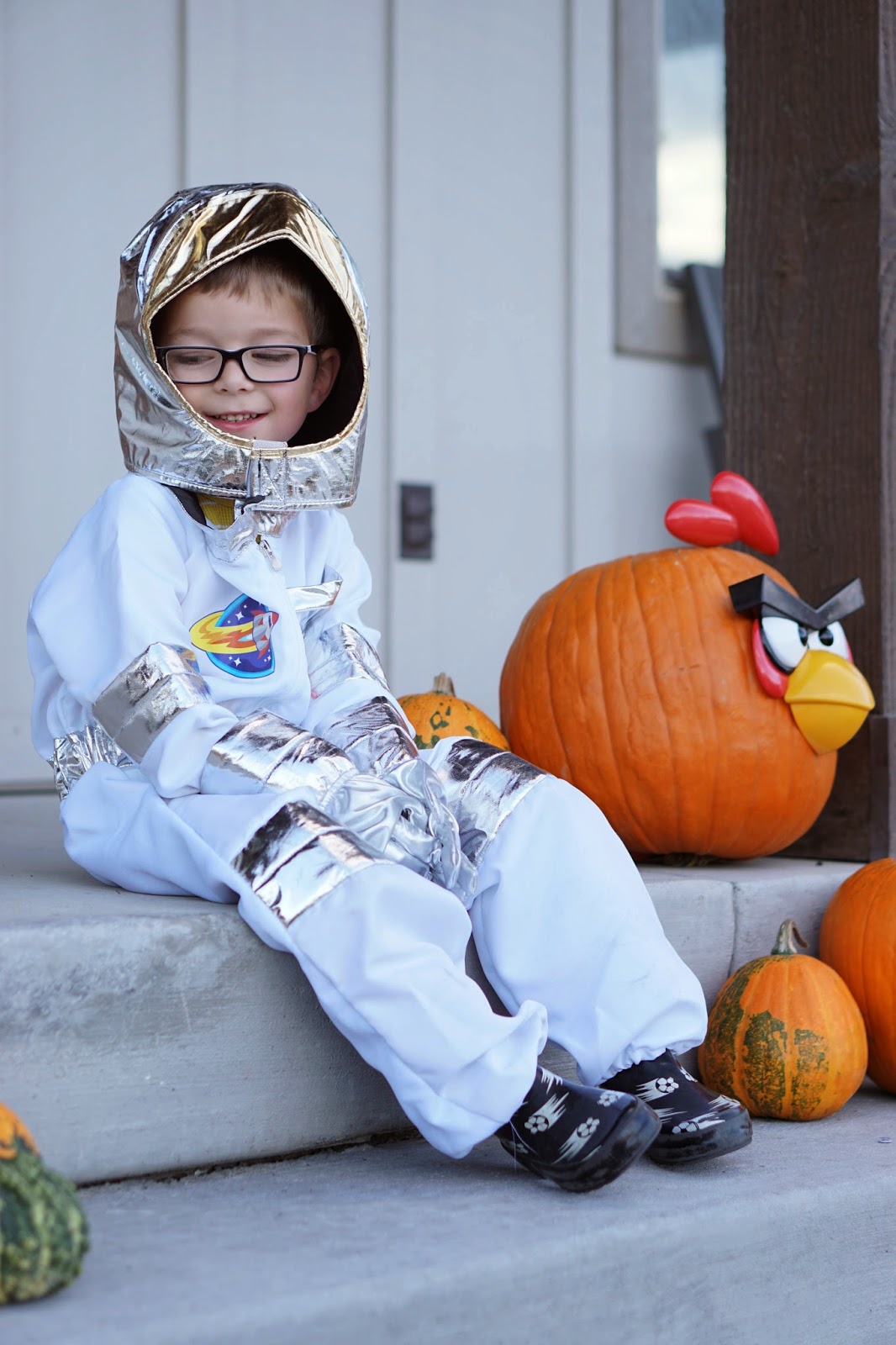 Espen had his little heart set on being an astronaut, so we ordered him this dress-up set from Melissa and Doug. It only cost as much as the average halloween costume, but the quality is good enough that it will probably last for a couple of years in the dressing up box. It has already done a little double duty as a white power ranger costume, so it was money well spent. I feel like a dressing up box is a playroom must, and I like watching where their imaginations take these things. You never know what Gwen is going to be wearing when she comes out of the playroom (but chances are she'll be a superhero or a dragon)!


Now it is mysteriously already November and I am already a day behind on my goal to post every day for a month. Gwen's birthday is in two weeks, then we're hosting Thanksgiving, and then it will be Christmas before you know it! Yikes. I feel like I am about to step onto a merry-go-round in motion and before we know it, it will be a new year.

Take a deep breath and hold on tight!