I'm having a bit of a love/hate relationship with this challenge, but I guess that's why it's a challenge, right? Some days my life is just not conducive to taking photos of sunsets and silhouettes. Another day I was inspired to do something I have intended to do for literally years. More on that tomorrow. 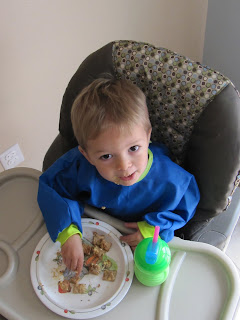 I stood on the kitchen table to get this shot of Espen eating his lunch. A few thoughts: that kid is one messy eater, and I need to dust the lamp. 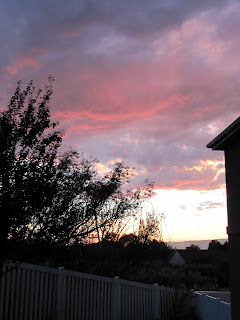 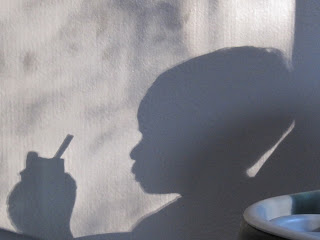 With Nick gone at work all day, my best option for a model is Espen. Problem: Espen doesn't stop moving. Ever. Solution: Snap him while he's in his high chair and can't escape (see high angle shot above). Actually, we were giving him dinner the other night when I noticed his shadow on the wall  and thought "hey, silhouette!" Those little cheeks are packed full of spaghetti, and the other shadow is his beloved sippy. Note: Espen does not actually have a cone head.

Email ThisBlogThis!Share to TwitterShare to FacebookShare to Pinterest
Labels: 30 in 30, Photography